Dubai on a Layover

When travel gives you lemons, make lemonade! Here is our whirlwind itinerary for our 14 hour layover in Dubai!

*US citizens don’t need a visa, so we breezed through immigration here. Note that this is the budget terminal and there are NO transportation options except Uber. WTF. We still don’t understand why the metro doesn’t connect to the budget terminal since those are the flyers that need pubic transportation the most. There isn’t even a shuttle to get you to another terminal, so if you land here – suck it up and take an Uber.

They happened to to be closed in the morning, but there were plenty of shops open to give us a sense of what goes on here. They are clearly used to tourists and were really pushing their products 🙂 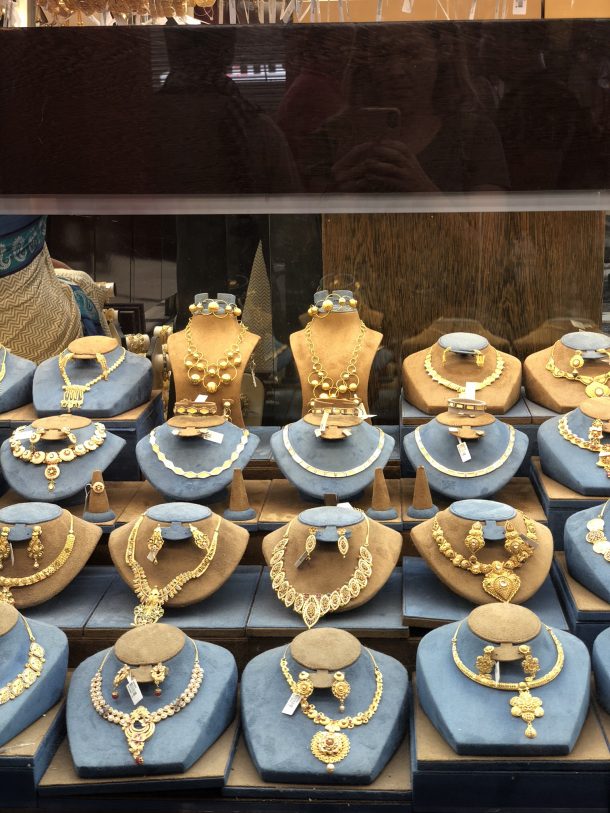 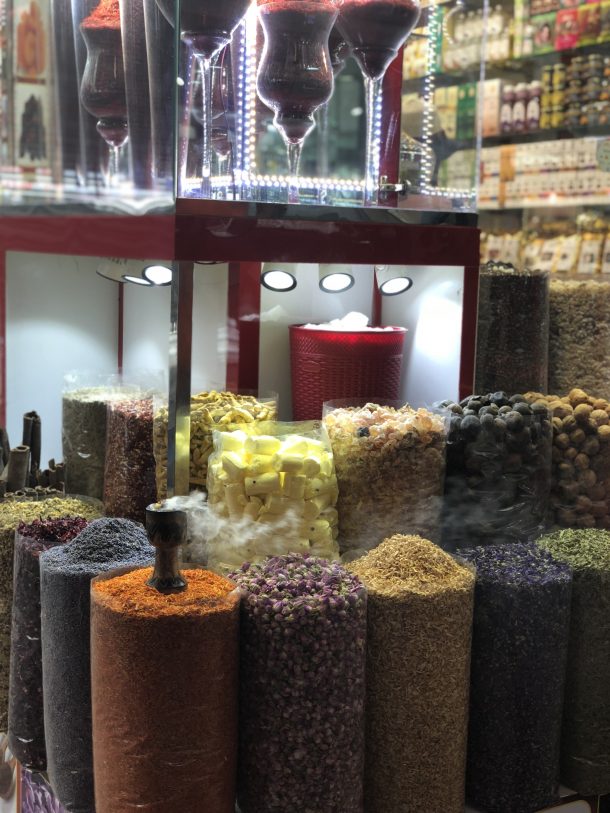 We just took a quick look before finding the metro and some air conditioning.

*Green Line to the Red Line and get off at Burj Khalifa (Zone 6).

This is the largest shopping mall in the world!! Whatever you need – they have it. We accomplished several things including taking new passport photos for visas, grocery shopping to stock up on snacks for Africa, and lunch at a restaurant with all the hometown feels – Shake Shack.

*Wifi in the mall is UNBELIEVABLE. It’s free and perhaps the fastest internet we’ve had all year. Definitely log on the second you arrive!

Burj Khalifa is the tallest structure in the world and is pretty amazing from an architectural standpoint. We booked tickets in advance, but even then we had a little trouble getting the timeslot we wanted. You actually pay more for afternoon hours, so we were looking to go before 4pm. They were fully booked but we found a loophole – buy tickets for the package that include coffee and a snack and you open up a whole new set of timeslots. Plus you get a little pick me up after the ride, still at a lower cost than the primetime tickets.

Getting to the Burj Khalifa is quite easy from the Dubai Mall – they’re connected! The views from the top are pretty spectacular, though it was a bit hazy when we visited. 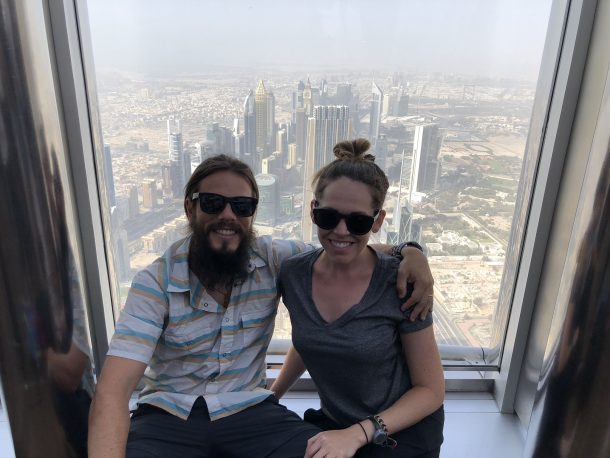 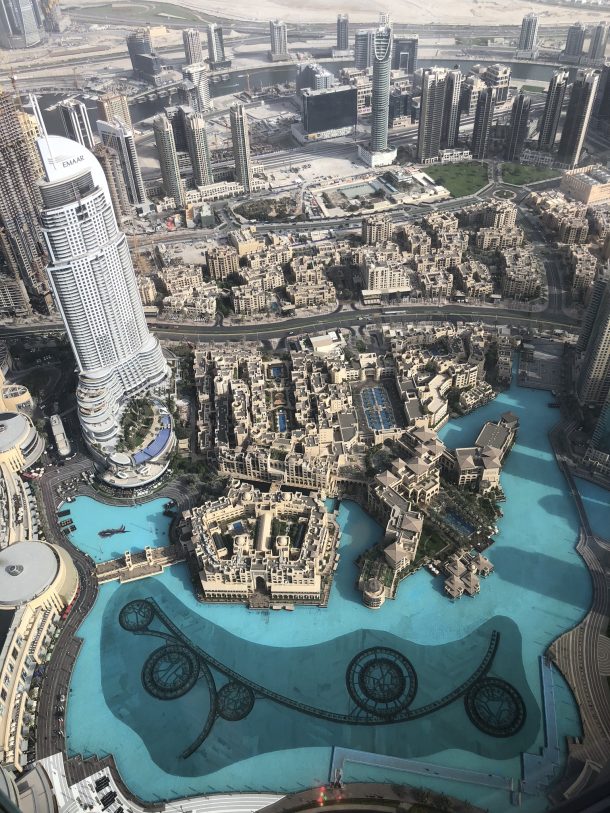 This show is just outside the Dubai Mall and runs every 30 minutes starting at 6pm. We actually JUST missed the show but it was such a zoo that we decided to snap some photos and make our way to dinner. Oh well! 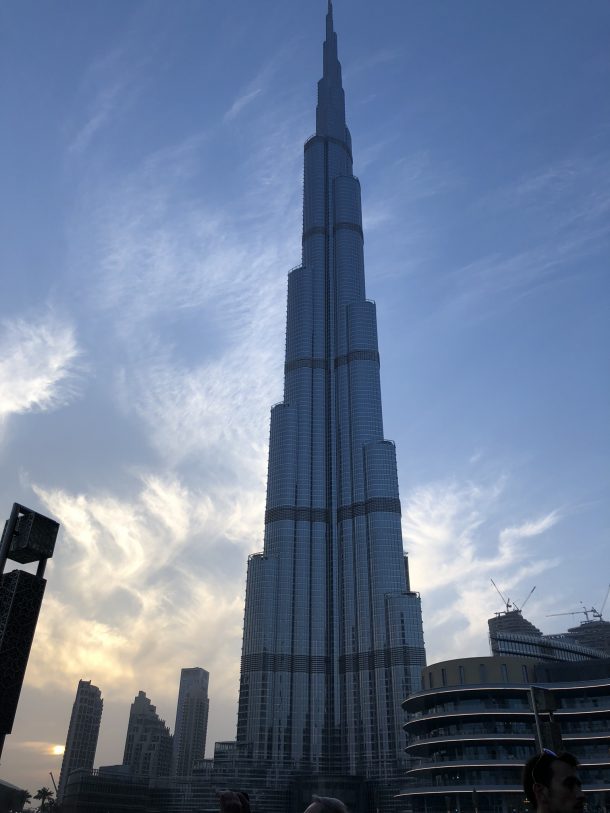 7:00pm: Dinner with Sara at Feluka in Dubai Marine

While on our honeymoon in Tanzania over 2 years ago, we met two sisters and have kept in touch with them over the years. One of them happens to live in Dubai so we reached out in the hopes of seeing her for a coffee and a quick catch up. We ended up having a 3 hour dinner at a Lebanese restaurant called Feluka, that was fantastic. She is Lebanese and did all the ordering for a scrumptious dinner al fresco. We still can’t believe we were able to meet up! 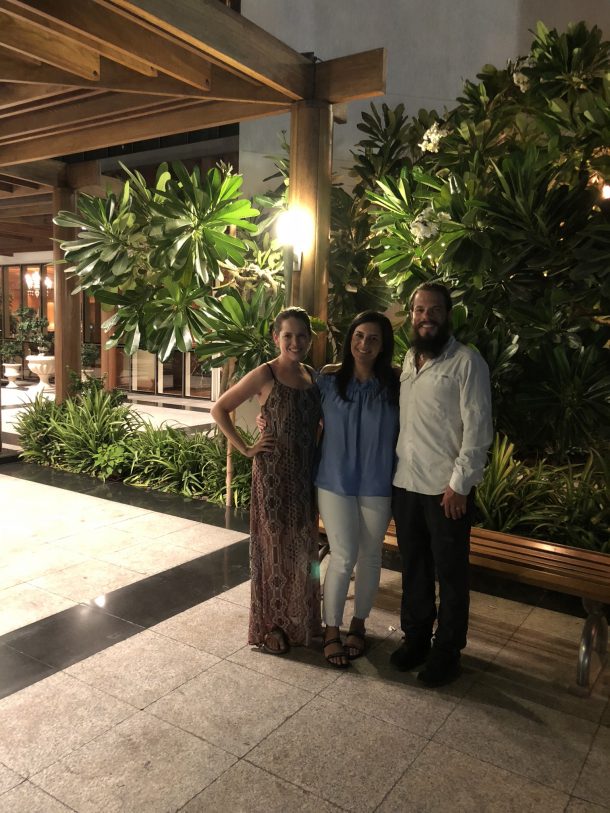 This should’ve been the easy part, but we had a little trouble getting a cab. Once we did, the guy seemed to be heading in the wrong direction AND we were sitting in bumper to bumper traffic. Just as we thought we were about to start cruising, our driver swerved into another lane and hit another car. OMG. Everyone was fine, but he was definitely getting into it with the other driver about whose fault it was. The clock was ticking and we needed to get to the airport. He said it would only take a few minutes, but we knew better and called an Uber. It took 20 minutes for the Uber to get there because of all the traffic, and it was definitely a nail biter getting to the airport, but we made it!

1:00am: Flight on RwandAir Express

We’re off to Africa!